Samin Shokri recently received her PhD, under supervision of Prof. C. Haas and Prof. R. Haas, in Construction Engineering and Management from the University of Waterloo in Ontario, Canada. Samin has spent the last four years working with Coreworx on her thesis:  Interface Management for Complex Capital Projects. In addition, she collaborated with the Construction Industry Institute (CII) on the interface management research team for the last two years. The full research report and interface management-related tools are available on the CII website. This blog post highlights some of Samin’s research.

In her research, Samin argues that every single component in a megaproject should be coordinated. Any miscommunication or mismanagement relating to megaproject components often leads to cost overruns, scheduling issues, and worst of all, occasional disasters. To avoid this, projects need to implement good management practices and a sound technological foundation, including electronic product and process management systems (EPPMS). As a major component of EPPMS, interface management systems (IMS) have emerged recently and are being adopted in many industrial mega construction projects with the purpose of managing interfaces, improving alignment between stakeholders, and reducing project risks, issues and conflicts. This is achieved by providing a framework to identify the common boundaries between project stakeholders, improving coordination between them, facilitating the communication and collaboration channels between them, and automating work processes (Shokri et al. 2012).

In order to achieve successful implementation of an interface management program, it is necessary to identify its elements. In a megaproject, several interfaces are created because of its complexity and the needs of various stakeholders. These interfaces could be physical (hard) or virtual (soft). A systematic IMS is required to effectively manage these interfaces at various levels. (Figures 1 and 2, Shokri et al. 2012). 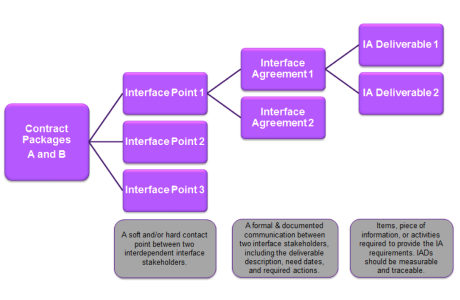 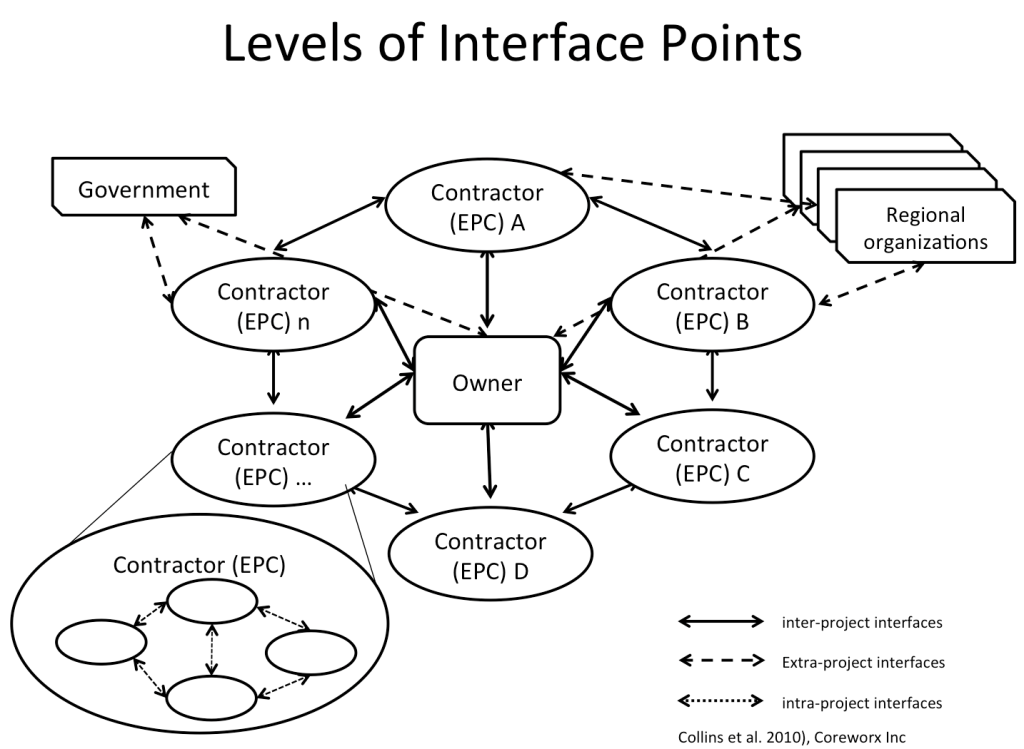 When to start interface management and how?

Samin points out that front end planning is the best time to start an interface management program and then continue it throughout the whole project life cycle (Shokri et al. 2014).

All of this considered, the big questions project owners ask themselves regarding an interface management program include:

To address these questions, Samin proposes using a Social Network Model for project parties to visualize and analyze the relationship between different entities (e.g. scope packages, stakeholders, or EPCs). 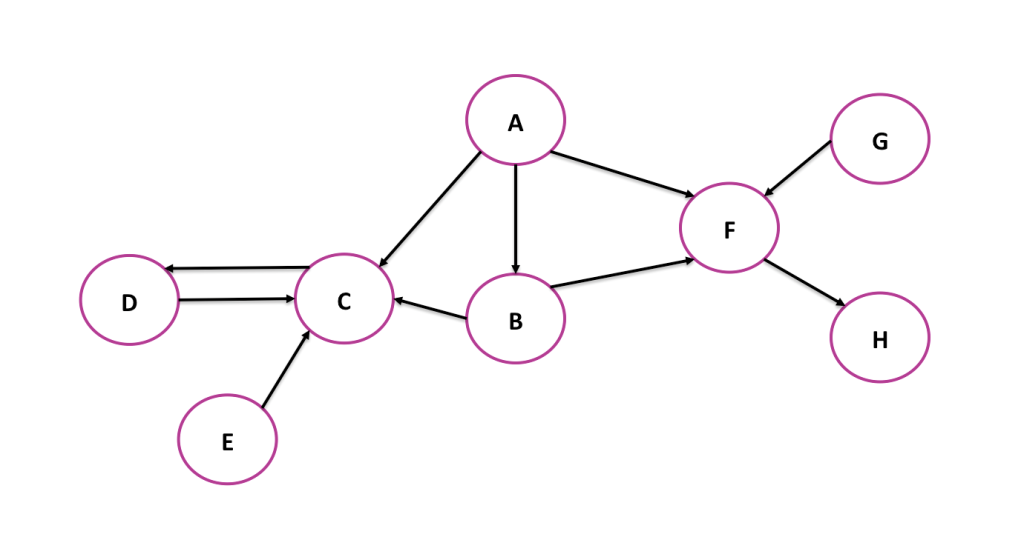 Interfacing stakeholders, such as C, B, and F have to provide the major portion of the information and deliverables within the requested time and with the required description. By analyzing the relationships between stakeholders, we can identify the critical scope packages in the network. Samin uses a simple offshore project as an example. In this example, over 500 interface points related to different disciplines are identified: electrical (145), pipeline (275), turret (20), mooring (25) and well system (77). The Stakeholders’ Interface Network (SIN) is very complex even though only 500 interface points have been identified. Figure 3 shows a snapshot of the SIN: 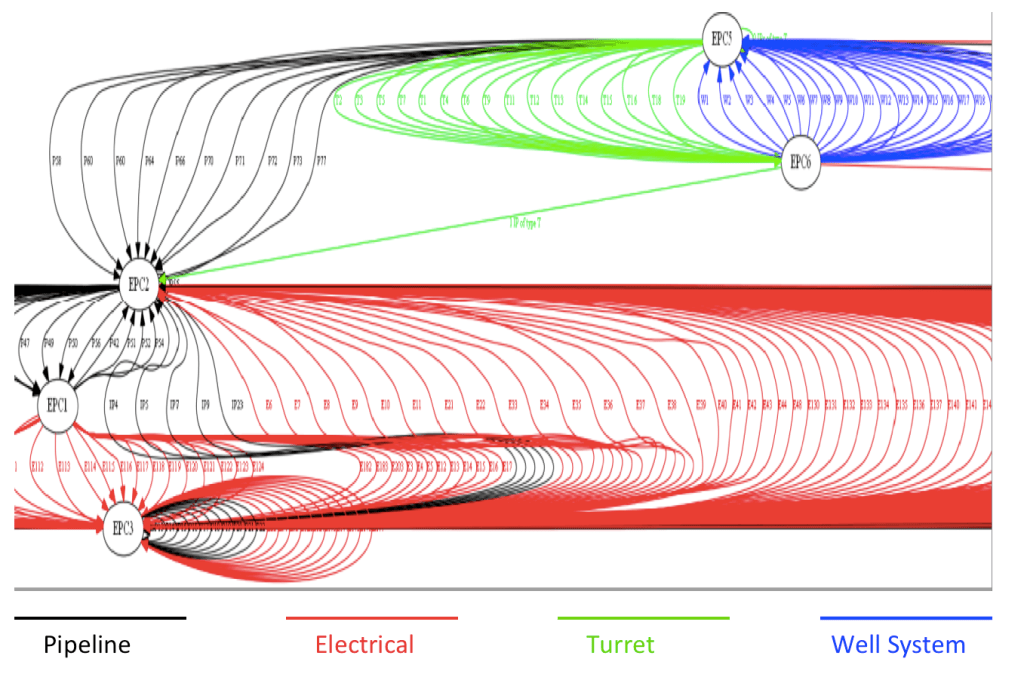 But Samin’s team has been able to create a weighted interface network, allowing us to analyze the network through a centrality concept to see how involved a scope package is in relation to others and enabling us to define scope packages as “influential” (large number of out-degree/leading parties) or “prominent” (large number of in-degree/interfacing parties). The advantages of running this analysis during front end planning is that owners can easily identify scope packages which have less complex relationships versus those with a high degree of interdependencies, therefore allowing them to select the most qualified EPCs for each scope package. Furthermore, using the graph theory, Samin has developed an algorithm to identify critical interface points at different stages of the project in order to effectively allocate resources and successfully manage critical interface points.

In 2012, CII created a team dedicated to answering these questions. The essential question being:  what practices, techniques, and processes are most effective for improving critical interfaces among globally dispersed project teams, multiple project partners, and an increasingly diverse labor force?

A full copy of the report is available to CII members at: Interface Management Implementation Guideline. 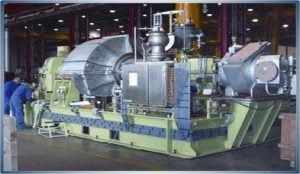 Learning from Our Mistakes: Why Interface Management is Vital to Megaproject Success

In the project world, as in life, some of the most important lessons come from looking at past failures. It is a long acknowledged problem that large, complex, modular-based projects struggle to...
Read More 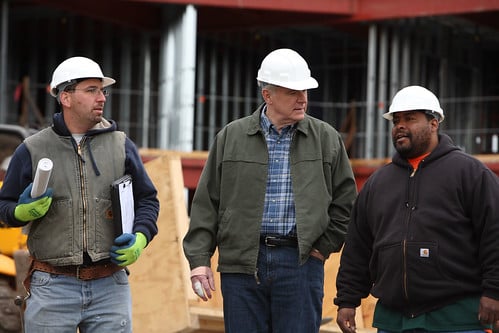 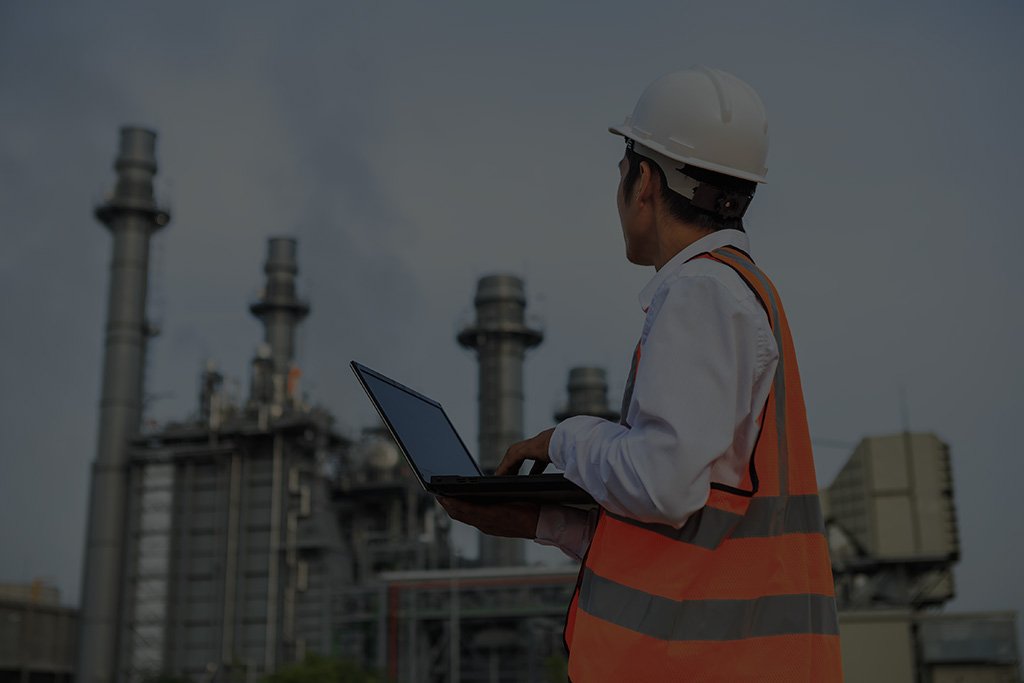 ADIPEC Session Title: PROJECTS ENGINEERING AND MANAGEMENT – Brownfield Project Challenges: Interfaces, Risks and Mitigations
Read More
Ready to make reliable information the center
of your projects and operations to minimize
risk and deliver quality results every time?
Speak to one of our experts to choose the solution that will help you
achieve your business goals